We are so close to the big day! Fall is officially here, Gourd Of Thunder is flowing at Strangeways Brewing and our guests still have no idea what they are in for at Books, Brews and Boos! Just like we like it...

We will be summoning our host from the other side and inviting mysterious forces to join us for this event. But first, we must introduce you to our FINAL guests!... RYAN CAGLE and JAMES D. JENKINS of VALANCOURT PRESS!! <WOOHOOO!! THIS IS SO COOL!!! EVERYONE IS CHEERING!! HUZZAH!>

We are very excited to have these gentleman joining us this year! Not only did we want the perspective of a publisher on our panel but we are thrilled to learn that they are based right here in Richmond! With our desire to bring the horror community together and to share as many wonderful books as we can get our hands on, this was a natural fit.  Valancourt Books is an Independent Publishing house founded in 2005 by Mr. Jenkins and Mr. Cagle. They specialize in finding and reprinting forgotten Gothic gems and getting them into the hands of new readers.

How many books and short stories have you published at Valancourt Books?
We've published a little over 400 titles in the last 12 years. We started out by publishing books from the 18th and 19th centuries, like Matthew Lewis's THE MONK, which we reissued with an introduction by Stephen King; Richard Marsh's weird horror novel THE BEETLE, which came out the same year as DRACULA and was originally more popular; and Sheridan Le Fanu's lesbian vampire novel CARMILLA. Right now we're publishing mostly modern stuff, like bestsellers from the '70's and '80's horror publishing boom by Michael McDowell, Bernard Taylor, Frank De Felitta, etc. We've also published three books by Charles Beaumont, one of the great scriptwriters for The Twilight Zone, Stephen Gilbert's Ratman's Notebooks (basis for the film Willard) and Christopher Priest's The Prestige, which was a major film a few years ago.

Can you tell us about your most recent book or series?
Next month we are releasing the first volume of our VALANCOURT BOOK OF HORROR STORIES, an anthology that spans two centuries of horror and features short stories from the early 1800's all the way to the 2000's by authors like Michael McDowell, Christopher Priest, Stephen Gregory and Charles Birkin. Also in October we have a 430-page volume of fiction by Robert Aickman, one of the 20th century's greatest masters of weird fiction. 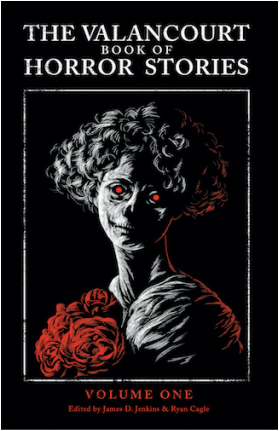 Who has most influenced/inspired you to be a publisher?
Ryan Cagle: For me it wasn't an individual author, it was the lack of access to books that were out-of-print. Many of the books I was interested in at the time, early Gothic novels, weren't just out-of-print, they were inaccessible unless you had the time and resources to travel to a handful of rare book collections around the world and read them.

James Jenkins: For me it was also about bringing back books that deserved to be in print. There wasn't really a specific inspiration, although if I had to pick one, it would be Penguin, which was founded in the '30's with the idea of making great books available for less than the cost of a pack of cigarettes. Unlike a lot of small presses that publish very expensive hardcover collector's editions, we've always done our best to make the books available to everyone at a reasonable price. Not sure what cigarettes sell for these days, but our ebooks are cheaper than a 6-pack of beer, and our paperbacks are less than a growler!

What is your favorite book of the moment?
RC: My favorite series at the moment is HAP AND LEONARD by Joe R Lansdale. I'm a little late to the party, but I've been spending a lot of time catching up. I can't think of another series that I've enjoyed this much. The characters are so enjoyable and relatable on many levels. 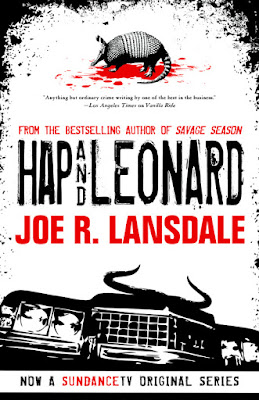 JJ: So hard to choose! One book I read within the last year that really stuck with me was Marlen Haushofer's THE WALL. It's a novel originally published in the '60's with a similar premise to Stephen King's UNDER THE DOME. Except instead of a whole town stuck under the dome, it's just one woman and her dog. How do you survive when such a bizarre event cuts you off from the outside world? And maybe the bigger question is, would you even want to? 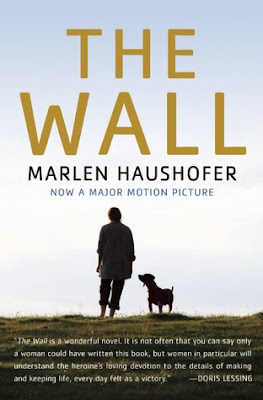 What was the moment when you realized horror was the genre for you?
RC: I was introduced to horror movies at an early age by my grandmother. We used to watch a lot of Hitchcock movies, most often The Birds, when I visited. Naturally that led to an interest in horror fiction as I got older.

JJ: I've always been drawn to horror. As a toddler, my favorite show was (and still is!) Scooby Doo. When I was 7 or 8 I snuck behind my dad's back to watch episodes of Friday the 13th: The Series. In elementary school, I must have checked out Nacy Garden's books on werewolves and vampires from the library dozens of times. By middle school I was stealing Stephen King and Dean Koontz novels from my parents' bedroom to read in secret. My tastes have evolved and refined over the years, but I've always been a huge fan of horror movies, TV, and books.

What is your favorite character/ monster you have helped bring to print?
RC: Ben. the rat in Willard. James and I saw the 2003 remake in theater. We never could have imagined that one day we'd republish the book.

JJ: Probably my favorite monsters are the elementals from Michael McDowell's 1981 novel THE ELEMENTALS, which is a true classic of modern horror and has been by far our most popular title.

Would you rather be a vampire with hemophilia or a werewolf with fleas?
RC: I'm more into wolves.

JJ: Definitely the werewolf-- you can always take a flea bath, but the hemophilia might be tougher to get rid of!

If you could ask a celebrity (living or dead) to help you hide a body, who would you choose?
RC: Cary grant. He has the experience.

JJ: RVA's own Edgar Allan Poe, of course! He'd help me brick it up behind a wall or hide it under some loose floorboards.

What unusual hobbies or interests do you have that you believe readers wouldn't expect from you?
RC: I like to backpack in South America once a year. That's not too unusual but I probably don't come across as an outdoorsy type.

JJ: One of my hobbies is learning foreign languages. This year I've been working on Spanish, Dutch and Romanian. As a horror fan, be glad you're a native speaker of English: In some of these other cultures, a tradition of horror literature is almost totally nonexistent.

What are the biggest challenges of being an editor... and dealing with writers?
RC: Most of our authors are long dead so my biggest challenge is trying to track down the copyright holders for the estate. That doesn't sound very exciting but sometimes I get to take a fun road trip and dig through wills at a probate office! Okay, that still doesn't sound very exciting.

JJ: For me, the hardest part is figuring out how to get people to discover the books we're publishing. Right now, there are more books being published than at any other time in history, and at the same time people have less and less free time to read. As a tiny publisher, publishing older books that are sometimes a little obscure, it can be tough!

Anything else you would like to mention:
Thanks so much for inviting us to take part. In addition to being horror fans, we're also beer fans, so Books, Brews and Boos sounds like it will be a great event. We're looking forward to it!

I am so thrilled to have these guys hanging out with us! Not only do I have a much longer to-read list after this interview but I am dying to hear what kind of stories or insight they bring to the discussion. Make sure you check out their library and support a locally operated indie press putting out tons of great books that deserve to be read! Follow Valancourt Books on Facebook, Instagram, Twitter and also see all the sweet, sweet, beautiful books on their website HERE!

I hope you have enjoyed getting to know all the fantastic people we've invited to chat with us. Books, Brews and Boos will be at Strangeways Brewing from 8-10pm. Don't forget! There will also be trivia and prizes throughout the evening. We look forward to seeing you there.

(pssssst!! Make sure you tag @redveinarmy  on all your social media sites if you come out and take pictures. #drinkstrange #readstrange)

Posted by Kitty Pandemic at 12:45 AM 1 comments

Become one of The Pretty!

The Woman in White
by Wilkie Collins


View this group on Goodreads »